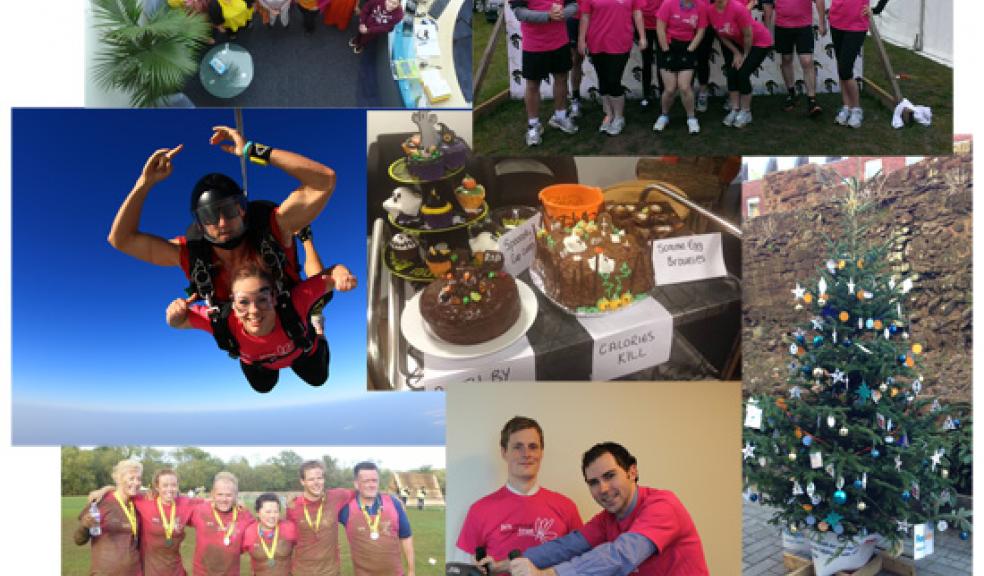 Staff and partners of the firm pulled out all the stops with fundraising and awareness raising event for Jo's Trust, the only UK charity dedicated to women and their families affected by cervical cancer and cervical abnormalities.

The South West based firm set itself a £10,000 target and topped this by more than 50% raising more than £16,000 in the last year, following a firm wide ballot to select a charity of the year.

A campaigning focus group was established by the firm to develop, design and deliver a Jo's Trust campaign strategy

The Focus Group, led by James Webb, whose sister died of cervical cancer challenged five teams of Ashfords' trainees to come up with innovative ways to support Jo's Trust both in terms of fundraising and awareness raising.

James said: "As well as supporting the charity, we were trying show the trainees the importance of commitment, tenacity and team working."

The trainees came up with the following challenges;

• Papped in Pink;
• Pens to Pounds;
• The Great Ashfords' Joke Book;
• The Ashfords' Choir Competition; and
• The Monster Challenge.

Each event was completed to a high standard followed and was followed by a formal presentation akin to the board room in the BBC's Apprentice. The judging team, including Business Development Director George Wilkinson who took on the role of Alan Sugar unanimously decided Ashfords' Choir Competition, hosted by Exeter City Football Club was the worthy winner.

Partner, Ruth Murray who leads the firm's Corporate Social Responsibility strategy said: "This was a hugely successful challenge - in terms of both raising money and raising awareness of cervical cancer and its prevention. - All the teams should be proud of their performance and the contribution they have made. Being a trainee at Ashfords is not just about learning the law, but also about character and commitment. Each of the trainees who took part showed this..

"The challenge brought a brilliant end to our year long campaign for Jo's; Trust. We were very proud to have been able to work with and support Jo's Trust and delighted to have trounced our fundraising target."