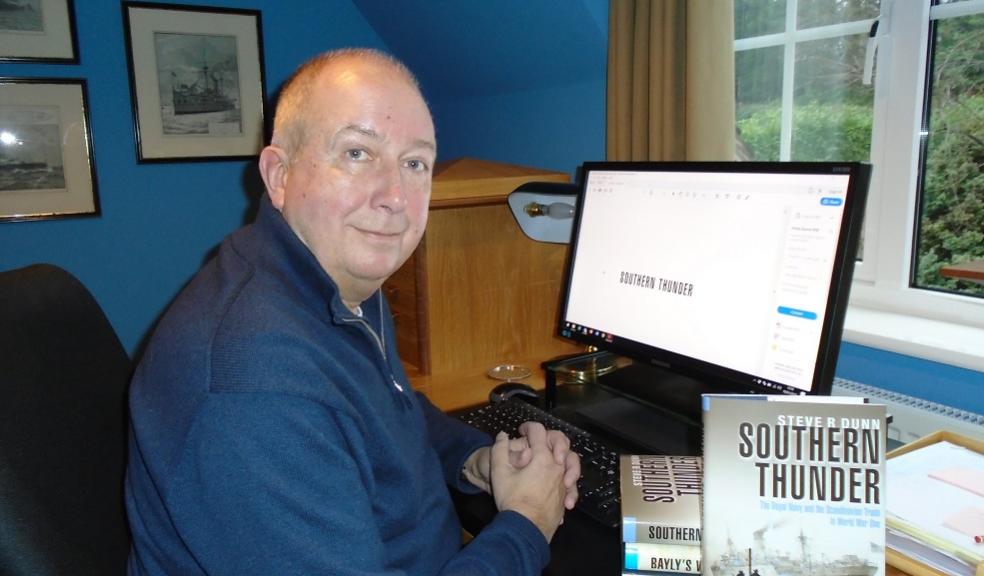 Now the centenary has passed, author and naval historian Steve Dunn believes there is a real danger that the First World War will begin to diminish in the public consciousness.

He says this means people will have to work even harder to ‘make sure we don’t forget’, which is why he plans to carry on writing about those who lost their lives at sea in WW1.

“The war’s legacy still affects us today, good and bad, and it’s important that we continue to reflect upon it and think about peace. Also, for me it’s about turning the spotlight on the heart-wrenching stories of individuals, many of which have never been told.”

And his seventh book, Southern Thunder, which is published this month, does just that. For example, readers will learn about 31-year-old Lieutenant Commander Herbert Inglis Nigel Lyon, son of Admiral Herbert Lyon CB and Frances Violet Lyon of Stoke Cottage, Stoke, Plymouth. On October 21, 1917, Lyon who was caption of the destroyer Marmion, died together with his 75 men, after the ship was accidentally rammed by HMS Tirade off Shetland in atrocious weather. The two vessels were escorting a convoy across the North Sea.

“I’ve included this particular story because it was such a pointless tragedy. At the time the papers claimed it was the result of an enemy submarine attack, which was a better message for the public than poor navigation by its naval officers,” said Steve, who is a member of The Society for Nautical Research and the Britannia Naval Research Association.

“Nevertheless, men lost their lives and their stories should be told and remembered.”

Later, Lyon’s grieving father sent an In Memoriam to all the relatives of the dead crewmen. It was a small booklet, which listed all those lost with their rank or rate, and included an extract from a sailor’s letter, together with several poems and bible quotations. On the inside of the back cover it was inscribed ‘With deep sympathy from Vice Admiral & Mrs Lyon’,

Southern Thunder includes many tales of individual bravery involving sailors that were responsible for protecting the Scandinavian convoys.

“This may not have captured the imagination of the public, who wanted a major sea battle like Trafalgar, but keeping the seas safe for British and Allied trade while blocking them off from Germany and its partners was critical to winning the war.”

In line with his previous books, several of which have been shortlisted for the prestigious Mountbatten Maritime Award, Steve uses detailed analysis and first-hand accounts from those who took part to create a vivid narrative and demonstrate how the Royal Navy helped to bring about Germany’s downfall and the Armistice.