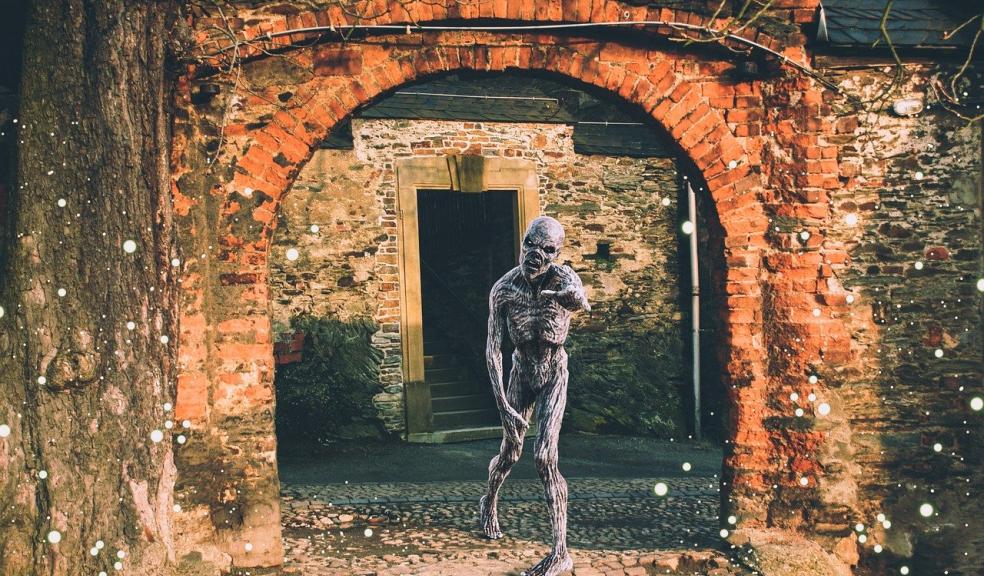 Wind farms, electric vehicle chargers and recycling centres are just a few ways the UK has learned to be more sustainable and benefit society at the same time. But which UK city would be most successful if left to their own devices?

Based on the environmental factors and number of self-sustaining features in the most populated UK cities*, such as air quality and farming areas, SaveOnEnergy.com/uk created an index-based point system to uncover which city is most likely to survive a zombie apocalypse!

SaveOnEnergy.com/uk can reveal that living in Cambridge is your best bet to surviving a zombie apocalypse, amassing 348 points!

Cambridge is home to the most onshore wind farms (24) and recycling centres in the UK (5.68 per 100,000 of the population) – meaning that those looking to self-sustain are more likely to be successful in producing their own energy and reusing waste!

Following in second place is Swansea, with the city collecting 341 points. Surviving an apocalypse in Swansea would be made easier as they have the largest number of open park space (45.8 parks per 100,000 of the population) along with the most farmers(1.86% of the population), resulting in lots of outdoor space and professional farming knowledge.

Belfast is the third best place in the UK to survive a zombie apocalypse (329 points). The city has the fourth highest percentage of farming areas in the UK (75% of land) and a significant number of wind farms (19).

Fourth and fifth place go to Bristol and Armagh city, receiving 275 and 262 points respectively. Bristol has the best air quality in the UK and Armagh places highly due to the city’s large farming areas.

To complete the top 10 cities most likely to survive a zombie apocalypse, along with their best features, the results are as follows…

Which cities are the worst to be in?

Collecting just 82 points, SaveOnEnergy.com/uk found that Oxford is the worst city to live in if there was a zombie apocalypse. Due to the lack of wind farms (0), farmers (0.53% of population) and moderate air quality, they rank at the bottom of the table.

Following in third is Derby, amassing 108 points in total – the city’s moderate air quality and low volume of recycling centres are partially responsible.

In fourth place are Southampton and Nottingham, both joint with 110 points, and following in fifth is Glasgow with 111 points.

To complete the top 10, alongside their worst rated self-sustaining features, the results are as follows… 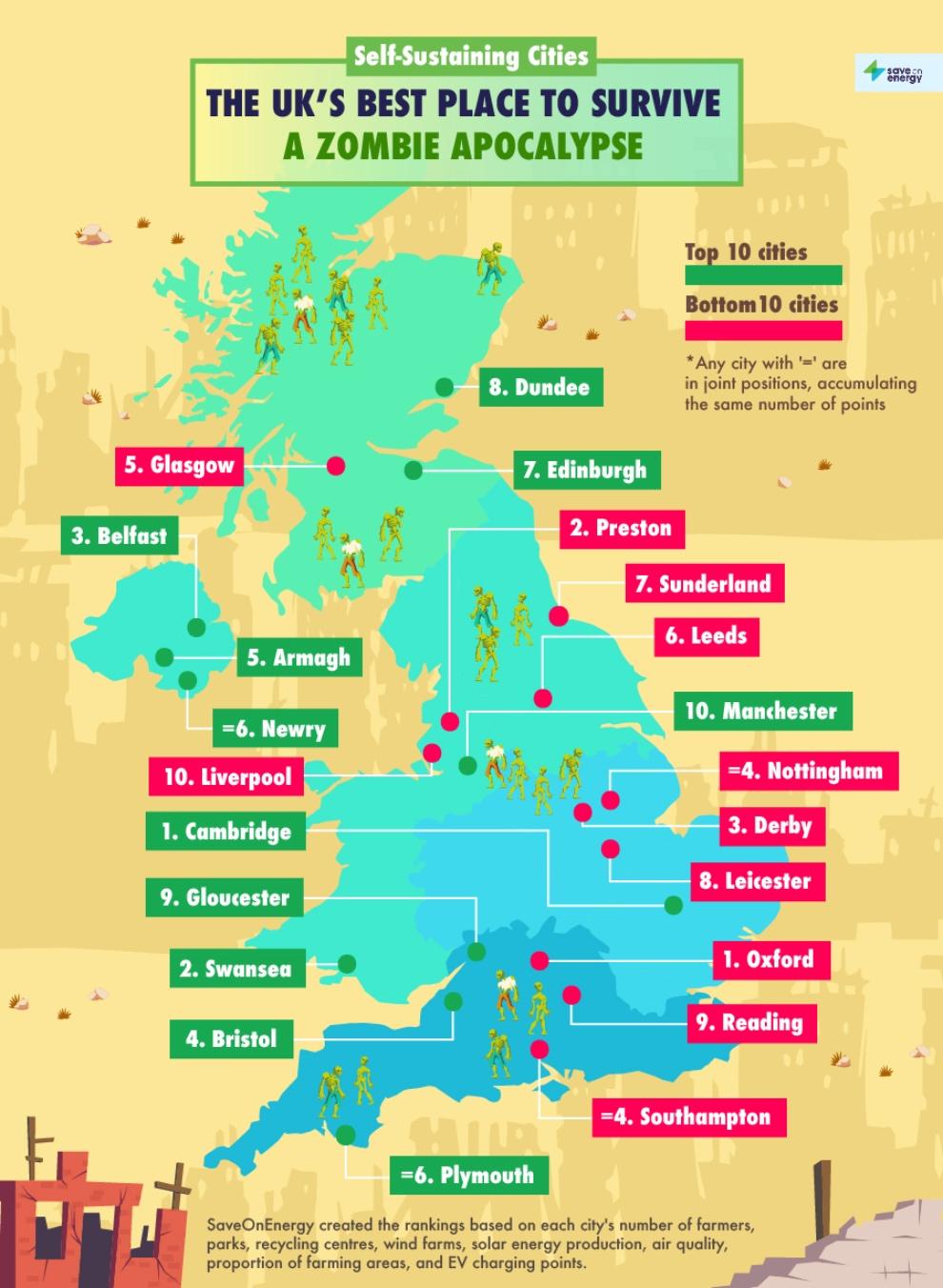 *SaveOnEnergy.com/uk analysed the 40 most populated cities in the UK.

Please see the blog post for the full methodology and more information about each city’s factors here: https://www.saveonenergy.com/uk/best-cities-to-survive-a-zombie-apocalypse/

We really hope you find this release useful. If you do end up using it, we would very much appreciate a link tohttps://www.saveonenergy.com/uk/protected-land-in-european-countries/ who commissioned the data. A link credit allows us to keep supplying you with future content that you may find useful. Thanks very much!