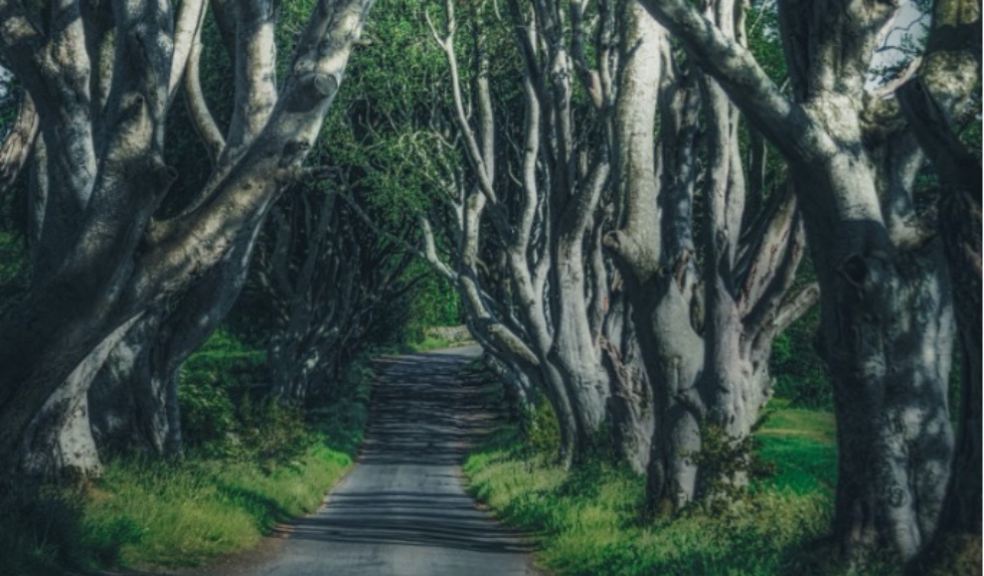 The United Kingdom is nestled by some of the most unusual and quirky tourist attractions, many of which you probably had no idea existed. From the infamous to the insane, we've selected some of the strangest and most unusual locations. These 9 quirky places to visit in the UK are sure to excite you.

This cave is said to be one of England's oldest tourist attractions, and it is where the famous Yorkshire prophetess Mother Shipton is believed to have been born. Nearby is a unique geological phenomenon known as the Petrifying Well, whose water turns objects into stone. Mother Shipton's Cave and the Petrifying Well are located in a park that is a unique, unspoiled remains of the Royal Forest of Knaresborough.

These gardens, dating back to the mid-18th century, were once one of Cornwall's crowning achievements. The garden was rebuilt in the 1990s, and you can now wander through the landscaped gardens, looking for rare wildlife, exploring the ancient woodlands and feeling like you're in a fairytale, or exploring the gardens' Jungle with bamboo tunnels, giant rhubarb, and bananas.

Alnwick Poison Garden is a strange botanical garden in the United Kingdom where only deadly or narcotic flowers are grown. It was the brainchild of Duchess Jane Percy and opened in 2005. Many government permits were required for the opening because the garden contains many dangerous plants, including cannabis, magic mushrooms, opium poppies, deadly nightshade (Atropa belladonna), hemlock (Conium maculatum), and others. Walking in this garden is akin to walking on the edge, but it's fun at the same time.

The Upside Down House, Bournemouth

You must visit the Upside Down House at The Triangle in Bournemouth to see your world turned upside down. Let your imagination run wild and walk on the ceiling or go downstairs to go up. Do handstands on the sofa without lifting one foot off the floor. This one-of-a-kind UK attraction is fully furnished, spread across two stories, and ideal for quirky photo opportunities. The house was modeled after a similar structure in Lithuania.

The largest maze in Britain, located on the Longleat Estate, is sure to put your wits to the test with its numerous twists and turns, dead ends, and winding paths. The goal is to make it to the central observation tower, where you can enjoy scenic views of the landscape - and then find your way back out. Visits to the maze can range from 20 to 90 minutes, depending on how long it takes to reach the center.

The Museum of Witchcraft and Magic

This small but fascinating museum is tucked away in the village of Boscastle, right by the harbor, and is filled with witchcraft-related artifacts that explore how they played a role in British history. This unusual tourist attraction in the United Kingdom also provides a glimpse into magical practices and beliefs from around the world through exhibitions and the insights of magical practitioners.

The Dark Hedges in County Antrim, Northern Ireland, is a beech tree avenue that runs the length of the county. A series of trees planted in the 18th century by the Stuart family has become one of Northern Ireland's most popular tourist attractions because of its ethereal tunnel. If you are a die-hard Game of Thrones fan, you will recognize it as The King's Road.

Llanfairpwllgwyngyllgogerychwyrndrobwllllantysiliogogogoch is a small, quiet town in Anglesey known for having the longest place name in an English-speaking country. With around 200,000 visitors per year, it has a plethora of attractions, including the railway station of the same name and other local highlights such as the Menai Bridge and Plas Cadnant Hidden Gardens.

The Chewton Glen Treehouse is the perfect place for anyone who enjoys forests and nature. It's a luxury country treehouse hotel on the outskirts of New Milton and Bournemouth's suburbs with  58 rooms, a spa, and a private terrace,  surrounded by lush greenery. The treehouses are located in the New Forest, a region of southern England. This unusual tourist destination in the United Kingdom is close to the main road and the beach. Still, it's nicely hidden in the woods, allowing for complete privacy during a relaxing vacation.