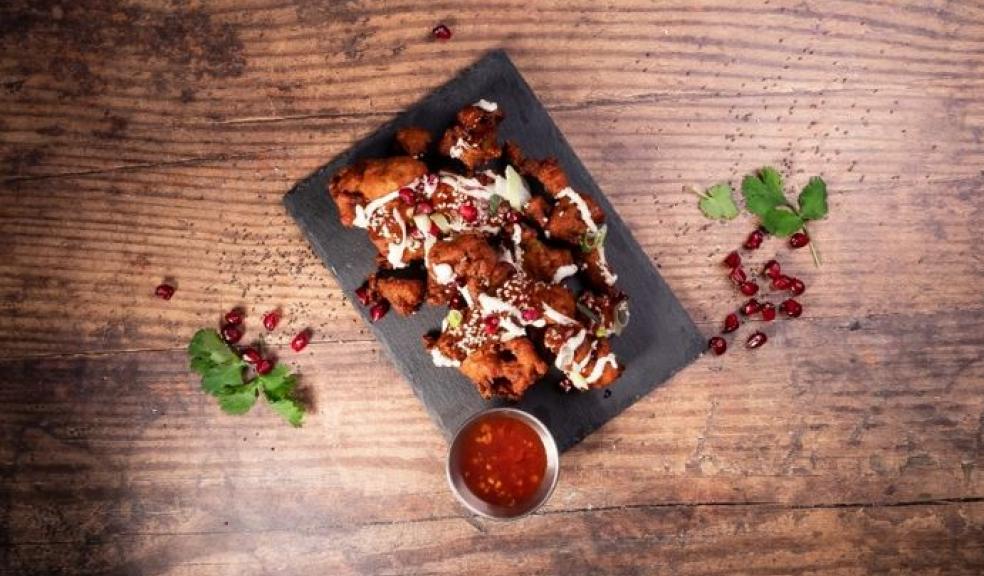 Have you taken on the veganuary challenge? Well, you’ll be pleased to hear that switching to a plant-based diet no longer means missing out on the best comfort food around. Veganism is on the rise, and that means that vegan dishes just keep getting better.

Whilst Veganuary is the perfect opportunity to try vegan foods, it doesn’t have to end now. Trying these exciting vegan food dishes will help keep your vegan diet interesting - from scrumptious vegan grilled cheese sandwiches to the juiciest and most tempting plant-based burgers. Take a look at the top five trending foods for vegans and prepare to be inspired.

The vegan-friendly treats at The Exonian don’t end there, either. You can also opt for an additional vegan side of roasted red pepper and onion macaroni bake, to turn your meal into the ultimate plant-based feast.

Chicken wings are one of the UK’s best-loved dishes, but they’ve proved very tricky to recreate using plant-based ingredients. Until now.

Seitan is a plant-based product that’s taking the vegan food scene by storm, and if you haven’t tried it yet you should definitely check it out in 2020. It can be used to recreate many traditional meat dishes, from burgers to fried chicken.

Seitan chicken wings are one of the top trending foods for vegans this year. They’re rich, they’re meaty and they’re oh so convincing. You’d be forgiven for thinking these wings were the real deal.

Forget the New Year diet. Start your year in a far better way with a vegan freakshake. Available at many top vegan cafes all over the country, this trending vegan treat is as instagrammable as it is delicious.

Vegan freakshakes are available in many flavours, from vanilla and chocolate to peanut butter and salted caramel. They can be made with soya milk and soya cream, coconut milk, almond milk, banana, nut butters and anything in between. Topped with a tower of vegan goodies, this is an extravagant dessert that’s not to be missed.

It’d be much more difficult to make the switch to a plant-based diet if it meant giving up doughnuts. Thankfully it doesn’t, because vegan doughnuts are the food of 2020.

Whether you prefer classic jam or custard doughnuts smothered in sugar, or you tend to go for iced ring doughnuts adorned in miniature sweets and chocolates, you’re in luck this year. Vegan bakeries are rolling out some of the most impressive plant-based doughnuts we’ve ever seen, and they taste just as good as they look.

Going vegan used to mean a slightly sad looking veggie burger that never quite satisfied the taste buds, but those unfortunate patties are now a thing of the past. Hooray!

Now, you can get top quality plant-based burgers that look, taste and feel almost exactly like the real thing. Housed in fresh, doughy vegan buns and topped with salad, vegan cheese, salsa and plant-based sauces, the new vegan burgers really are a thing of beauty.

Plant-based burgers are now so good that many big name burger chains are adding vegan-friendly options to their menus. And that’s why they’re set to become the big vegan food trend of 2020.

Try a plant-based burger this veganuary and see if you can spot the difference. And don’t forget, many of the best sides are vegan too - so get stuck in with onion rings, fries and vegan dipping sauces galore.

The UK’s vegan food scene is imaginative, creative and totally delicious. So, why not take on the veganuary challenge and try it out for yourself. We guarantee you won’t be disappointed.

Don’t miss creative takes on classic British favourites, or the vegan junk food that satisfies every craving. And of course we can’t forget those vegan desserts - 2020’s trending vegan freakshakes are certain to tempt even the most committed carnivores!

Switch to a plant-based diet this January and explore the new and trending dishes that vegans can’t stop talking about. There’s a reason why this food movement is skyrocketing…