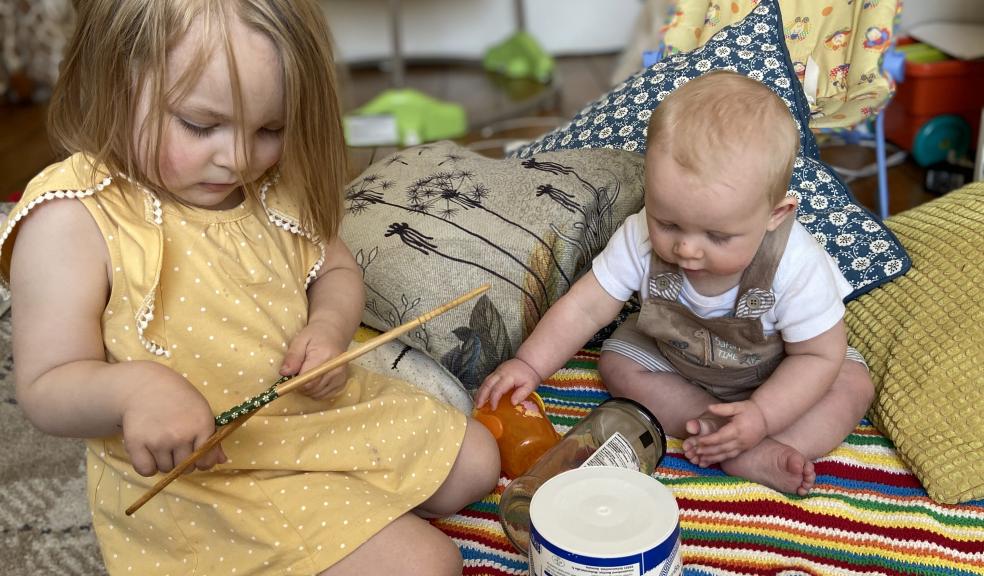 Parents have hailed the NSPCC’s Look, Say, Sing, Play campaign a lifesaver during lockdown, as it launches nationally across the UK today.

During a virtual focus group with parents and an Early Years practitioner, the charity heard about the challenges of caring for a new born without baby groups, soft play, playgrounds or seeing friends and family.

But the group found the campaign’s tips and activities had helped children’s development; created bonds with parents and siblings and kept children entertained through weeks of being housebound.

The Look, Say, Sing, Play campaign has been piloted in different areas of the UK, including parts of Devon and Gloucestershire, and aims to empower parents by highlighting the brain-building benefits that everyday moments such as singing and playing with your child can have.

One mum said using the Look, Say, Sing, Play tips has changed the way she parents, as she discussed the difference in her children’s development.

Mum-of-two Karis has been using the tips with her seven-month-old son Huxley and two-year-old daughter Lyra. She said:

“The brain science behind the activities was completely new to me and it has definitely changed the way I parent. I have been using the tips with Huxley since he was born and I noticed he started clapping and crawling a lot earlier than Lyra did. This may be a coincidence but I didn’t do these sorts of activities with Lyra until she was a bit older.”

To coincide with the launch, the NSPCC has produced a series of YouTube videos showing mums and dads at home trying out the Look, Say, Sing, Play tips with their little ones, using only what they can find around the house. It also explains how each fun task helps their child’s brain to develop.

Last year, an NSPCC survey of more than 2,000 parents and expectant parents revealed that 62% were unaware that the interactions with their new baby in moments such as playing, singing or story time can be brain-building ones.

NSPCC Head of Local Campaigns Helen Westerman, who hosted the virtual focus group, said: “We have had great success with Look, Say, Sing, Play during the pilot with more than 19,000 parents signing-up, and we’re now excited to share the resources with families across the UK.

“After weeks of no baby groups, soft play, playgrounds or seeing friends and family the parents and early years practitioner we spoke to were understandably worried about their children’s development, so it’s fantastic to hear that the Look, Say, Sing, Play tips have reassured and helped the parents keep their children entertained during this unsettling time.

“The tips are all about the fun you can have with what’s lying around the house rather than having expensive toys or gadgets; or adding to the list of things parents already have to do.”

The charity has also teamed up with Vroom to produce a series of ‘calm and connect’ tips that are aimed at helping parents manage emotions during difficult times.

Parents can sign-up to get weekly tips via NSPCC website. Each one will include a fun, age-appropriate tip which they can easily fit in to their daily routine.