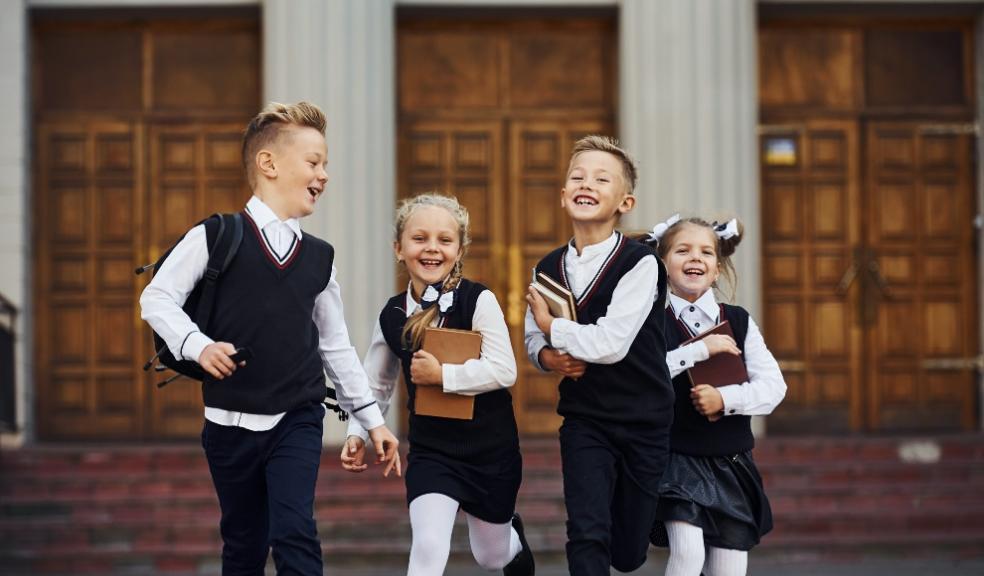 New research has revealed that parents in the South West unnecessarily threw away 80,000 school uniforms in 20191 despite the fact they were still in good condition, making up 5% of the 1.4 million binned nationally.

The study found that one in 10 simply throw uniform items away once their children have outgrown them, even though they are still in a wearable condition.

When it comes to damaged items, 40% of parents in the region would prefer to throw a garment away than attempt to repair it. This is despite the fact that new figures from WRAP suggest extending the lifespan of a garment by just three months would lead to a 5-10% reduction in carbon, water and waste footprints.2

The survey, which was commissioned by leading label manufacturer My Nametags (https://www.mynametags.com), also found that almost half (46%) of families in the South West own brand new garments they have never worn.

When it comes to purchasing new clothes, the study shows that the vast majority (78%) of parents always buy their children’s school uniform new. Interestingly, parents are more likely to buy second-hand for themselves, with 65% of those in the region stating that they have bought pre-owned items for themselves.

When asked why they don’t shop second-hand for their children’s school uniform, nearly 40% of parents in the region stated it was easier to buy new. A further third said they don’t like the thought of their children wearing previously owned clothing and 16% of mums and dads said they wanted their children to always have the latest things.

Of those who are happy for their children to wear pre-owned clothing, the majority would prefer these to be hand-me-downs from older siblings, as opposed to uniforms bought second hand, with 30% of parents holding onto outgrown items to pass onto younger siblings.

Despite a reluctance to buy second-hand for their children, the study revealed that parents across the region are savvy shoppers with a third claiming that they buy uniforms in a bigger size in an attempt to make it last longer. However, the study found that school uniforms are still replaced, on average, every 10 months – the equivalent to one school year.

Commenting on parents’ attitudes towards buying second-hand, Dr Jo Hemmings, Behavioural Psychologist, said: “There are a number of reasons why parents are reluctant to purchase second-hand uniforms for their children and continue to buy new year on year.

“Firstly, the word ‘second-hand’ has the connotation that somehow parents are not doing the best by their children. ‘Brand new’ has much more positive connotations. In addition to this, parents know that children can be very judgemental of each other in terms of clothing.

“In both instances, the parents’ attitudes towards second-hand clothing stem from their inherent sense of pride – a fear that people will assume that they can’t provide for their child effectively if they can’t dress them in a brand-new school uniform. This type of pride, which is primarily driven by other people’s opinions, is known as ‘hubristic pride’ and adds very little positive value to life.

“However, there is a second type of pride, ‘authentic pride’, which is centred around the fulfilment and achievements of yourself and those around you. This has a much more positive value and, importantly, cannot be achieved by wearing a new blazer. It can, however, be achieved by teaching children valuable lessons about the environment and the fact that the clothes they wear has no impact on their ability to ‘fit in’ or to be successful in life.”

Despite one in 10 admitting to simply throwing away uniforms once they have become too small, the research suggests that parents across the South West are more likely to donate their old clothes to second-hand shops than they are to purchase second-hand clothing, with nearly half passing them on to charity shops once their own children have outgrown them. This suggests there is a disparity between those who want to give clothing a new life, and those who actually do by buying pre-owned items.

Lars B Andersen, Managing Director at My Nametags, commented: “The data shows that there is a stark disconnect between our efforts to reuse and recycle clothing by donating it to charity shops, and our attitudes to buying clothing second-hand, particularly when it comes to school uniform. Parents are keen to take care of their children’s uniform, ensuring everything is labelled so it does not go missing, but when it comes to giving items from other children a new life, there is a stigma that it is not good enough.

“At a time when many UK households are having to economise, it is important for us all to revaluate our attitudes towards the disposal and re-use of clothing, and consider the positive impact that a few small changes could have, both on the planet and on our wallets.”

To find out more about how to extend the lifespan of your clothing, please visit the My Nametags sustainability page 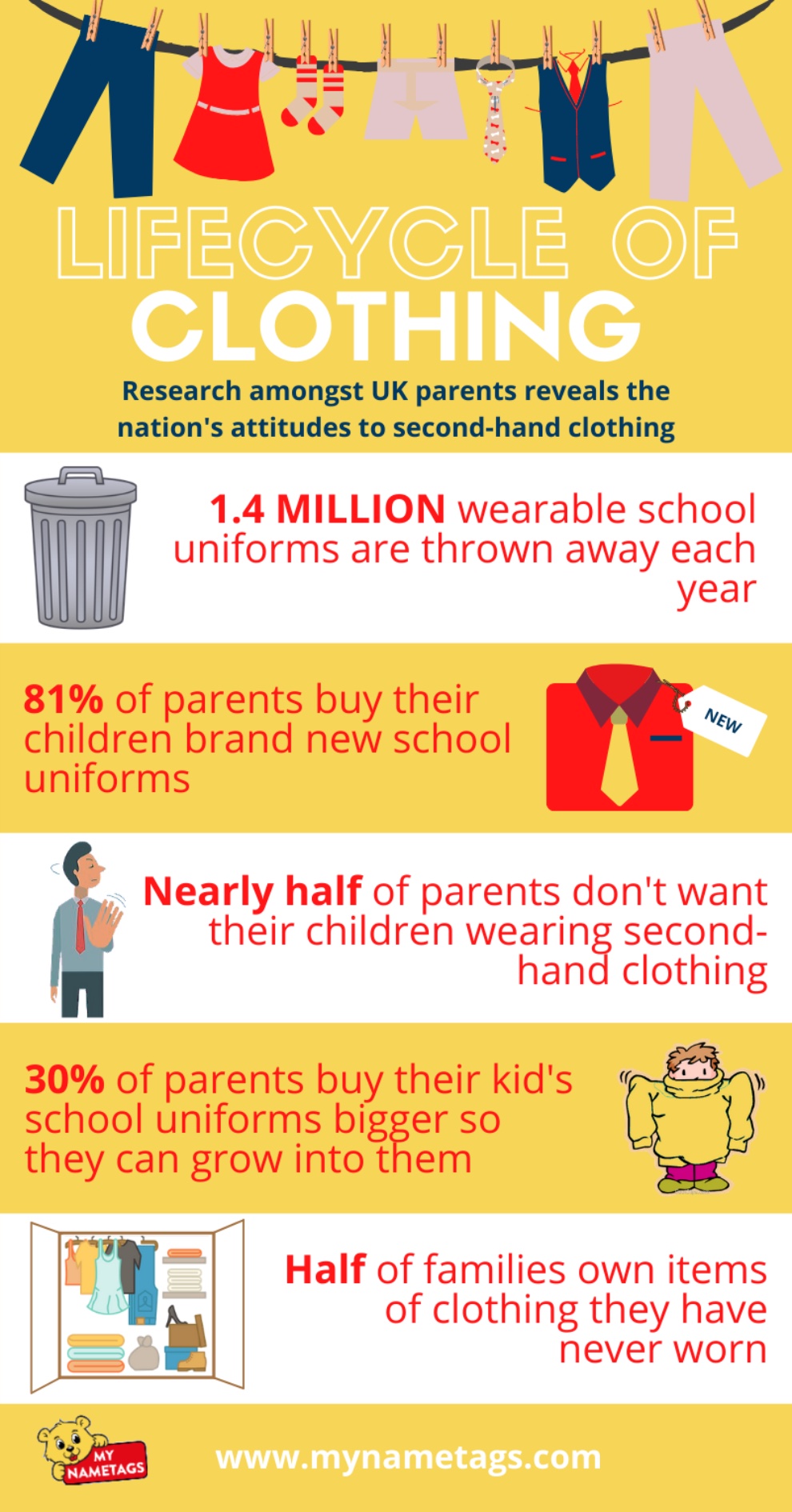