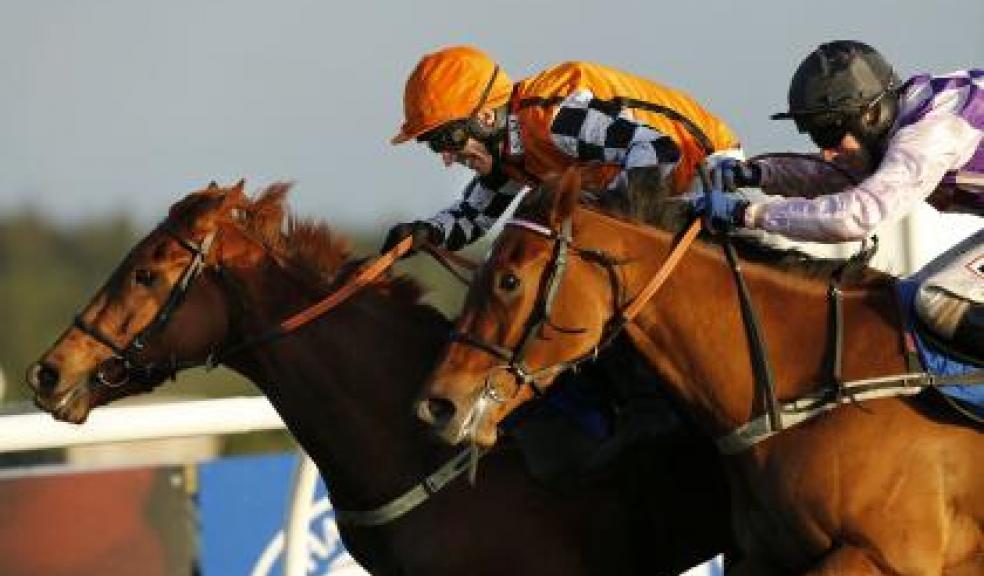 Exeter Racecourse is celebrating the combination of its prestigious Super Sunday raceday fixture on February 14 and Valentine’s Day with a special offer with two Grandstand and Paddock tickets available for just £14.

With children aged 17 and under get into the races for free, it is the prefect opportunity to celebrate the most romantic day of the year with a day at the races.  Everyone who pre-books will also be entered into a special draw to win a romantic break at the Hartnoll Hotel, which nestles in Devon’s Exe Valley.

Prize money is in excess of £100,000 for the meeting, which is widely regarded as one of the best Sundays in jump racing. The card includes a Pertemps qualifier, a listed novices' hurdle and a three-mile graduation chase, each worth £20,000.

An impressive role call of winners has headed the fields in the past including Vibrato Valtat who landed 2014’s listed novices' hurdle and has since added six more wins to his tally, including the Haldon Gold Cup and Sandown’s Grade 1 Henry VIII novices' chase; Fingal Bay, who followed up his win in the Pertemps Network Handicap Hurdle qualifier with victory in the final at the Festival last year; the Westcountry’s own legend Melodic Rendezvous who won the Bathwick Tyres Plymouth Novices’ Hurdle in 2013 and has since earned his owners more than £200,00 in prize money, and last season’s Crabbie’s Grand National victor, Many Clouds, who galloped home to a three-quarters of a lengths success in the 2m3f novices’ hurdle the same year.

General manager Daniel Thompson said: “It really is racing straight out of the top draw, and with the Festival just over four weeks away, there will be plenty of runners in action on course for that meeting. The meeting is hugely popular where the atmosphere is always really buoyant. With such a good offer on tickets, it’s the perfect opportunity for those who might be new to racing to come along to their local track and enjoy a day out.”

The first of seven races comes under starters’ orders at 2.10pm. A free bus leaves Exeter St David’s at 12.30pm and the Bus & Coach Station at 12.45pm, returning half an hour after the last race. Children aged 17 and under race free. To pre-book tickets call the ticket hotline 08445 793005 or book online at www.exeter.thejockeyclub.co.uk.