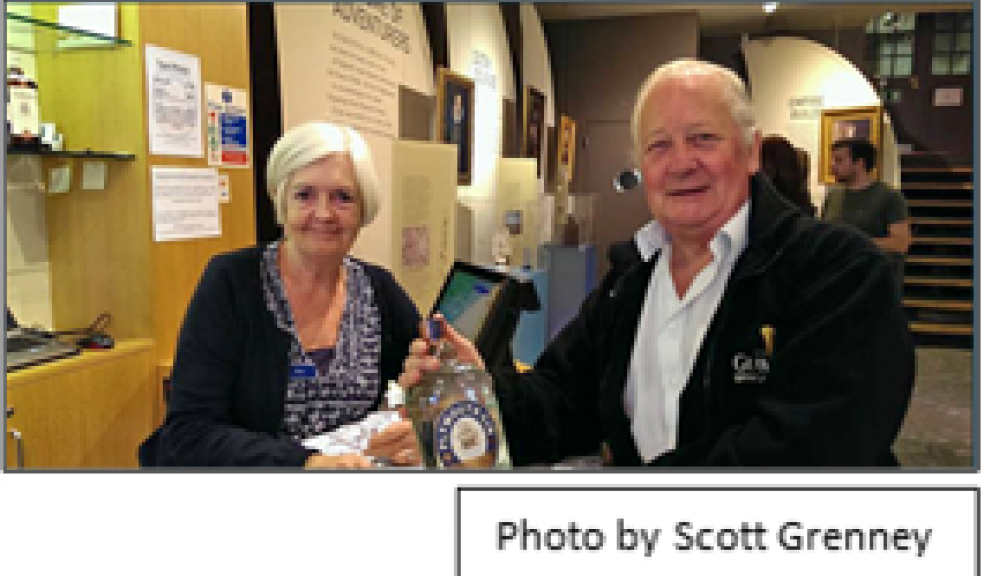 The country’s national tourist board, VisitEngland, has announced the shortlist for Tourism Superstar 2016 which includes Plymouth’s very own Rose MacInnes who is the Visitor Centre Supervisor at Plymouth’s Blackfriars Gin Distillery.

The Tourism Superstar campaign recognises the dedication and passion of those working in the tourism industry and is awarded to an individual who goes above and beyond the call of duty to ensure visitors to England have an unforgettable experience.

Just ten other people were nominated for the accolade throughout the country with Rose the only nomination from the south west. The tribute to tourism star players was launched in 2012 as part of English Tourism Week (5th to 13th March 2016) and is supported by The Daily Mirror.

CEO of VisitEngland, James Berresford said: “Showcasing the passion and commitment of highly skilled individuals within the English tourism industry is precisely why Tourism Superstar 2016 will be a success. This award recognises the people on the ground who meet and greet visitors on a daily basis, and whose consistent vision and dedication ensures that visitors to England have a memorable and fulfilling experience.”

Amanda Lumley, CEO of Destination Plymouth, said of the nomination “We are very proud and excited for Rose to have been recognised as one of England’s star tourism players by VisitEngland and the only nominee from the South West. Rose contributes a huge amount of her time and energy to ensure that visitors have a memorable experience at Black Friars Gin Distillery. The Distillery, located within Plymouth’s historic Barbican, remains a prominent tourist attraction for Plymouth highlighting both our naval heritage and our growing culinary scene. We’re wishing Rose the best of luck and all of our support ahead of the public vote. ”

The Daily Mirror will host an online public vote from 16th January 2016 which shows a short film of all Tourism Superstar nominees. Readers will be able to vote for their favourite on www.mirror.co.uk. The winner will be announced during English Tourism Week and will be invited to accept their title at the VisitEngland Awards for Excellence, held during the same week.